I struggled so long with insecurity that I was comfortable in my discomfort. I could not have told you when the shame creeped in and how it began swallowing me because it happened over time. Subtle. Destructive. Consuming.

I took that shame with me everywhere I went. Then years ago I walked into a big warehouse and was faced with the seemingly daunting task of spray painting picture frames. Seems simple I know….but I had convinced myself any art form was left for the real artists and I was clearly not one of them.

Side note….. My interaction with artists had been almost all negative- critical, egotistical, and exclusive. And I had allowed their attitudes to shape what I thought about myself. That is all on me. No one gets that kind of power but I had allowed it. I will say with confidence- never, ever again.

BUT I didn’t know it was happening until that day at the warehouse. I walked in and was greeted by one of the most affirming people I have ever known. Warm, kind, affirming. She showed me over the next 5 years that art is a way to expose what lives deep inside us and no one can take that away with judgment or criticism. I suddenly began to come alive artistically. Painting and scraping and repainting….because she taught me that paint can ALWAYS be painted over. As I was emerging I also was starting to blossom as a photographer but NO ONE was allowed to call me that. To be a photographer left me once again feeling exposed and like I didn’t measure up to this standard of others. So I refused to accept the compliments and hid from the outside world but inside I was exploding. My ideas about photography were inspiring me all the time and I would take pictures of anything just to hold a camera.

Then I was asked to be a featured artist at a Red Tent event by Alison and Amber and I was terrified….but 40 photo shoots later, I stood on the stage and  declared for the first time that I was a photographer. Instead of feeling exposed I was completely empowered. After that I grew thicker skin and didn’t care what anyone thought of my work because I knew deep in my soul that it was good. I began to see the world through a lens and life was one snapshot after another. I was coming more and more alive artistically.

Along the way I got opportunities to display my work at different venues- my favorite being Mitchell’s Coffee House with one of the other most affirming people I know, Michelle. I grew comfortable putting myself out there but I was not going to “market” myself because it felt like that was a set up for losing my creative edge. Not being able to photograph in a way that was true to myself but have to mimic what other people do on Pinterest and I was not about that life. But the funniest thing happened. I realized that people who hired me did so because they were in tune with my style and I could still be myself.

Having a logo and a website felt excessive to me. One more layer of marketing that felt so self- promoting.  That had never been my approach to life so it felt uncomfortable…..til I met Nicole. Sitting at a meeting, I start talking to her and she engaged with me about marketing that for the first time felt genuine. I was still a skeptic but decided to hear her out. For the next few weeks we talked about it and half the time I would cry because I was excited and scared and anxious. Put my name all over the internet? But who do I want people to see? The real me or this cleaned up, professional me? Nicole asked the best questions and I had to struggle with the answers. This was the best form of self-discovery. I had very few opinions about colors and design. I had never thought about it. But I was willing to try…..and felt completely empowered to be completely me. Just me.

I hired Nicole who found the perfect graphic designer and website builder on the planet. Caroline got completely inside my head and hand designed this rad logo. Nothing could be more me. Then Dave started to email me questions about the website and I honestly thought I would drown in my own doubt that I could do this. What did I like? What were my goals? Who was my audience? Don’t know x 3. But I kept sending back emails. Scattered and half making sense. No bullet points or numbered answers. I just answered him by throwing up all these thoughts and ideas that had little to do with taking pictures and much more to do with passion and purpose and he got it. He wrapped his head around my crazy and built this safe haven known as Jennie Ellis Photography. I could not be more proud of all of us. We brought ME to the surface and it no longer feels self-promoting. It feels honest and true and today I share it with you. I hope you will be inspired and see life a little differently because you stayed a while. 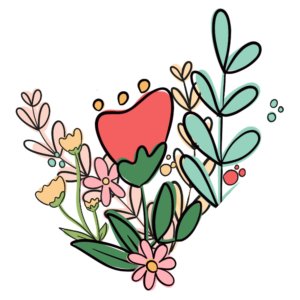